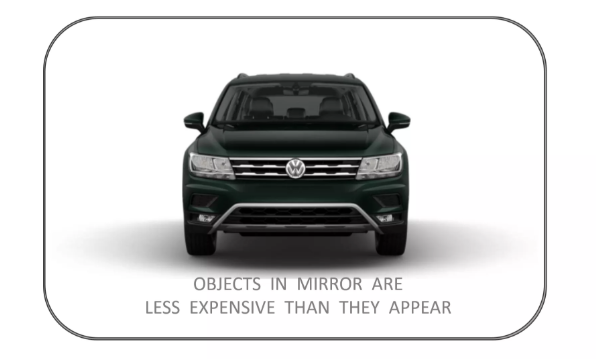 When it comes to cars, sometimes you get more than you paid for, or at least it can appear that way. A select few cars are styled in such a way that they look more expensive than other vehicles within their class.

Although priced no more than their contemporaries, these vehicles have a more premium appearance that belies their price. Tasteful applications of chrome, restrained lines and proper proportions lend an air of elegance to designs that punch above their weight, and could fool anybody not in the know into thinking you’ve spent a small fortune.

Upgrade to the SE model and the added chrome window surround and lower door trim make the Tiguan look downright luxurious. Classic 10-spoke wheels and binged-out grille, rear bumper and exhaust outlets all make for a decidedly premium looking package. At $30,380 equipped with 4Motion, it comes across as much more mature and refined compared to the $30,350 Ford Escape SE 4WD, which is only $30 cheaper. The Honda CR-V EX-L AWD rings in at $30,595, $215 more than the Tiguan, but its garish wheels and odd proportions make it look cheaper, despite chrome window trim.

At $26,085 the V6 Fastback Ford Mustang is $140 cheaper than the  $26,225 Honda Civic Coupe Touring. Yet, its brawny styling and classic muscle car proportions make it look far more premium. Vintage-inspired five spoke wheels come across as classier than the Civic’s busy wheel design, and its iconic looks give it the curb appeal advantage.